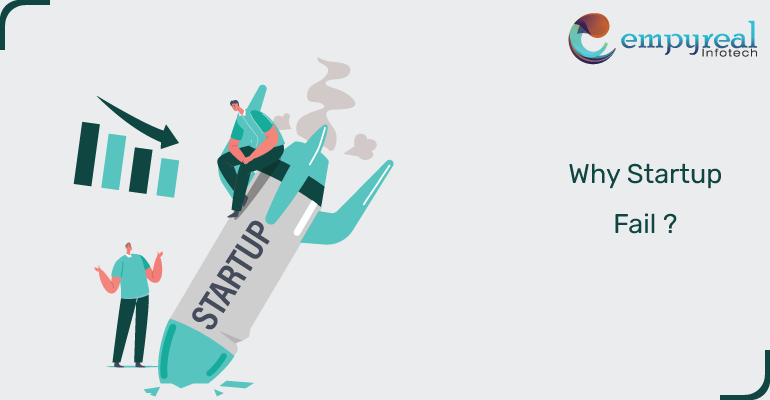 Reasons For The Failed Startups

It is an established fact that 9 out of 10 startups are unsuccessful. The startups are initiated with a life-changing idea, brilliant in terms of its intellectual aspect. Although when the idea is put into work, terrible disasters occur! However, fantasizing would be your idea, you always need to live with the fact that the world always seeks benefits more than anything else. If you cannot lure your clients in a thousand different ways, you fail.

Here are the most crucial reasons as to why startups fail. The reasons are distilled from the experiences of the founders of several shockingly failed startups who analyzed their flaws and successfully stood up on their feet, once again.

Founders of the newly established startups are immensely motivated by the idea of selling their services at dirt cheap rates in order to reap the benefit of a higher amount of customers (an obsolete marketing strategy). The primary thought underlying the idea is “We could mightily attract innumerable customers through our steal-deal rates in the market and thereafter, we could forever bind them to our business by providing them the services that would blow off their minds!” No objection to this sharp as a tackidea, but let us see the same from a wildly different standpoint –

Suppose you’re the owner of the startup who has the same ideology to sell something at a jaw dropping rate and then bind the customer through a quality service permanently to pay you higher amounts in the future. Now think for a moment – If a customer came to you specially for buying the bag of your bargains, will he ever be interested in the ‘quality’ of your product? If yes, why would he ever expect such bargained rates in the first place? That customer might probably be like the women in search of newly opened shops that provide massive discounts and then never approaching them again once they have tagged their original prices.

Resultantly, the business would lack customers who appreciate the products for its quality rather than merely the price at which the product is sold. This makes the startups earn lesser than what they expend in a long term and thus they flake out.

Having a brilliant idea is merely the first step for being a successful entrepreneur. Everyone around us have great ideas in life, don’t they? But they could never be termed as an entrepreneur simply because they never earn out of it! Doubtlessly, ideas hold a paramount importance in any startup, but only during its primitive stages. Once the business actually gets on the track, one must forget to sing the glory about the idea. Then comes the real picture of dealing with the social, economic, and managerial aspect of business in order to get the train moving.

Most of the startups fail because the founders are pretty excited by their fantastic idea and they literally forget as to how they will actually put the idea into play. Without prior planning and a knowledge of implementation, they jump into the ocean full of sharks thinking about their survival. That’s exactly when they die.

An entrepreneur is pretty much excited when the show is brought on road. Theoverwrought feeling of working in a completely different, vehement ambience gives shivers down his spine and he realizes that how fascinating is the world of customers and deals. But with perpetually flowing time, the realizations start to become dull and hazy. The entrepreneur wakes up every day, to see a world full of unending obstacles, cranky customers and a never drying waterfall of bills hitting the door of his office. The sad reality of not earning even a single cent for months and simply ploughing back the ragged and the leftovers into the business makes him question the passion he found in him on the first day. He forgets why he started. In this state of turbulence and pressure, several startups succumb to their owners’ lost patience and persistence. All this drama doesn’t even take a year to occur, but perhaps merely within a period of 3 to 4 months, the exhausted ships return to back to the harbors which sent them.

The one similarity among all the founders of the fresh startups is that there is always a zest for completing all the orders before time and achieving a huge deal of satisfaction from the customers. In this zeal and enthusiasm, the founders perhaps get blinded to see the bigger picture – LIMITATIONS OF THEIR EMPLOYEES! In being lost in the reverie for giving something extraordinary, they fail to observe the potentials of their employees who are actually going to work for their goals. And when such startups thoroughly disappoint their customers by not being able to provide the things promised initially, they lose a great amount of credibility and hence make their road to success even more difficult and unachievable. Remember – Always eat only as much as you could digest!

Startups are well known in welcoming the fresh workforce for serving their purpose of business. The underlying logic behind recruiting the inexperienced personnel is quite legitimate – “Molding such ahot iron to the current conditions and requirements is easier compared to the 5 or 7 years experienced people whose minds are programmed to work in a conventional fashion. Also, these fresh flavors are keen and enthusiastic to give something exceptional out of their work. But just like a small perforation spoils the entire look of the fabric, similarly does the element of poor leadership spoils and diminishes the great potentials of this fresh personnel. More than often, the founders are not able to assign suitable work to their team members and resultantly, they end up doing something abstractly useless. Also, the team is not given sufficient and detailed guidelines as to how to proceed in the given task and this lack of crucial information creates a lot of work delays, unexpectedly negative outcomes, and another lot of fuss. An entrepreneur cannot become involved in the formulation of better ideas and plans until he is not able to resolve such primary issues in the business. At times, he frequently changes the employees and commits the folly of hiring the inexperienced personnel again and again due to lack of financial stability in business. This folly costs him shutting down the startup due to “consistently incurred losses”.

Not all startups are fortunate enough to attain the heights of success in the first shot. It takes immense patience, persistence, and a lot of brainstorming and rectifications before one is able to coin the term of ‘consistent profits’ in their business. The above-mentioned points will profoundly help the initiators of fresh ventures to understand the commonly occurring mistakes among the intermediate leveled business personnel and will help them to overcome the obstacles caused by those mistakes. All the very best for your idea to transform into a fantastic factuality!

A hybrid app is a combination of native apps and web applications. Where the core of the application is written using web technologies(CSS, JavaScript...